LBC: A Peek Inside Your Closet

Posted by Madeline Hatter at 11:49 PM No comments: Links to this post

LBC: Frill~Talia: And Outfit Inspired By A Country

I'm loving the make your own coordinates based around "x" topics we've been onto lately, for the Lolita Blog Carnival. If you have no clue as to what I'm talking about I'll post in greater detail at the bottom of this post. You can also look back at the number of posts I've down for each topic since Jong the LBC.

This week we needed to complete a coordinate based around a country. It didn't specify decade or to be all~encompassing of a country so I set myself in a bit of a guideline.

The country I choose was Egypt.

I did go with more of a early Egyptian theme rather than current, so that's where I landed. 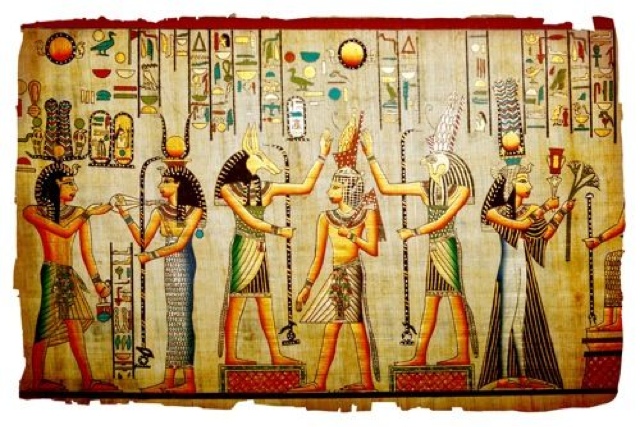 Again, I tried to use a few things I already carry in my wardrobe, but I did go a little beyond to what I'd like to expand it with.

I started by looking at different ancient Egyptian wall paintings and looked at their beautiful colors, to make it easier. I thought more in the abstract would be better for certain aspects of the coordinate, otherwise, I'd run the dangers of it being more costume than Lolita.

I went with my Angelic Pretty SchoolGirl Halterneck JSK because of the vibrant blues and reds. They say that even today, the colors on ancient Egyptian wall are so very vibrant despite their age. 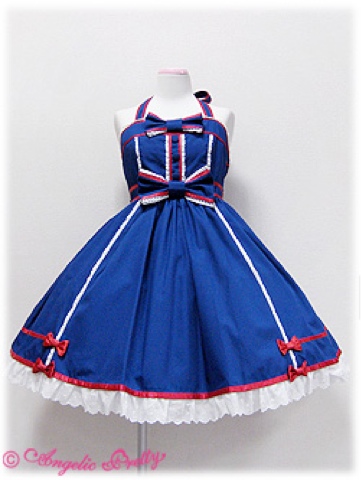 I went with a very frilly Peter Pan collared blouse because it resembles the collars on many Egyptian women's gowns in most art. You can sort of understand what I mean by looking at the dresses here: 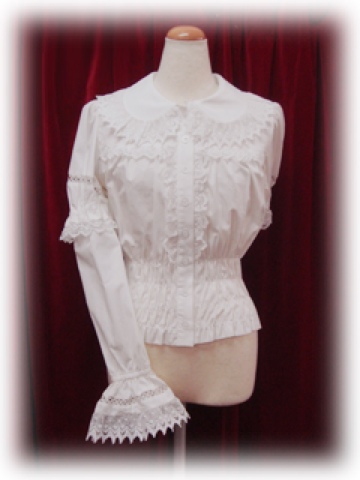 Though not nearly as colorful, but it was the detail that made me choice it, simple in color, but the ruffle detail was what decided it. 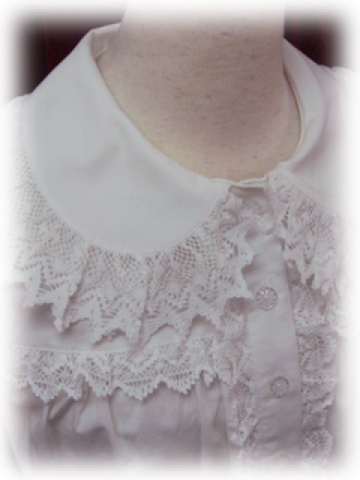 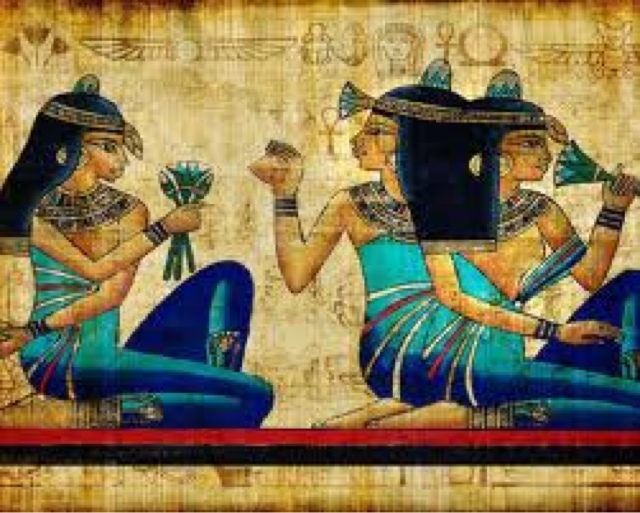 For socks I deferred back to the diamond ones I love so much from Alice and the Pirates. 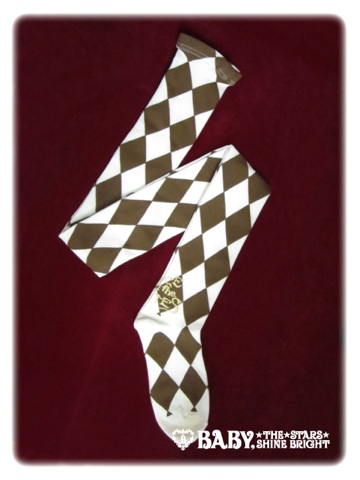 The shoes are simple enough. I went with Angelic Pretty sandals in red. I figured these were easy enough to understand why. 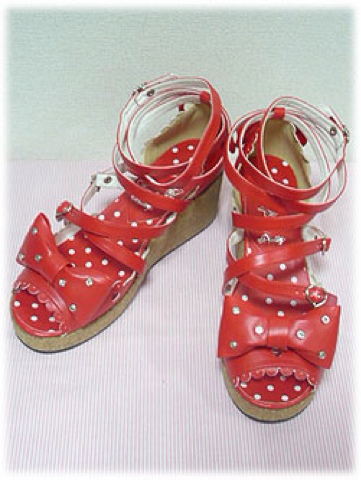 I did go with gold jewelry, it was only fitting. I have a blue, white, and gold stripped ring from Forever 21 I thought appropriate.

I did want to do some nifty gold bracelets with Egyptian hieroglyphs, a different set for each wrist. I actually don't mind having all the different imagery involved in this particular coord. It's supposed to represent ancient Egyptian civilization and I think this best does.

I'd love an Ankh ring to pair with it and a long delicate necklace with a small cartouche on it. 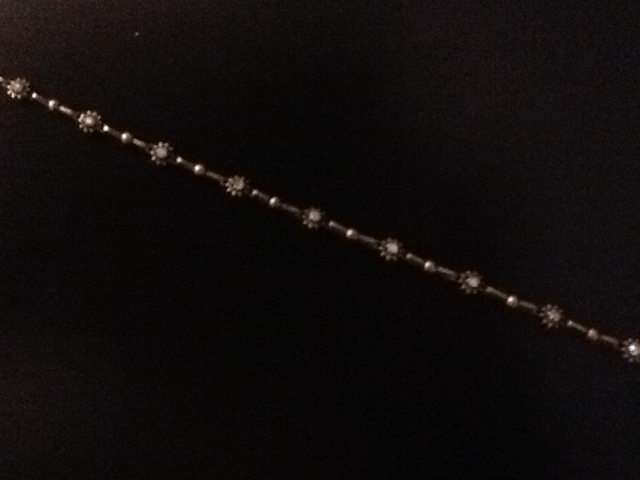 Because it would be difficult to use this necklace with the Peter Pan collar I decided the necklcae would best be added in a cannotier in two swoops. The cannotier itself would be veiled and have Egyptian flower in white and the Egyptian lotus in blue. At least that's how I'd like to do it....I think I would also add a small charm of an empty throne as a symbol of the Egyptian goddess Isis. She was probably one of the most recognizable goddesses and often associated with many of the female goddesses. This is all very hard to do, but I enjoyed the challenge, getting Lolita to emulate ancient Egypt in some ways is really difficult.

I better call it a night and relax with a nice nightcap or tea.

If you'd like to know more about the Lolita Blog Carnival you can check them out on their Facebook page, here.

Also, I hope you enjoy the other bloggers who weighed in on this topic this week. You can find their posts on by clicking their names:

http://aliceinlolitaland.wordpress.com/2013/04/06/lolita-blog-carnival-frill-talia/
Posted by Madeline Hatter at 11:35 PM No comments: Links to this post