LBC: 3 Things I Could Never See Myself Wear In Lolita

I've been trying to re~evaluate what I would wear and not wear in Lolita and some have changed while a few others have been easier to come up with.

The first one I could think of was, of course, the dreaded animal ears! 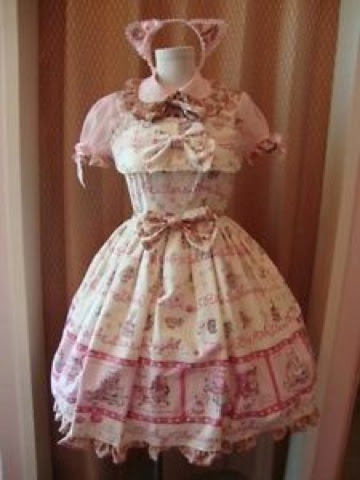 In my normal Lolita attire I could not ever see myself don a bunny or kitty ear. I'm pretty much certain I just couldn't, and the only time I could think would be in a themed coord and I'd have to really REALLY work it all really well into my coord and pretty much only super special occasion. Like if I were to do a holiday one done in theme or maybe a an Innocent World meet up with the designer herself or an enchanted evening or something of the thought. However, I truly don't think I could.

Next one on my lists of can't would be baby~ish prints. 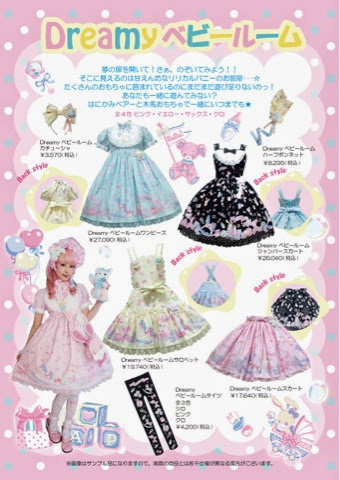 I really do love Lolita, and all the different prints and motifs and cuts of the pieces but anything that is a little too baby~ish is too much for me.

For the third thing I could never wear in Lolita was maybe the most difficult thing for me to pick out. I had to really wrack my head for what I would not wear in Lolita but I eventually came up with something a little weird that I don't think I could wear.

And that would be weirdly placed Pom poms.... 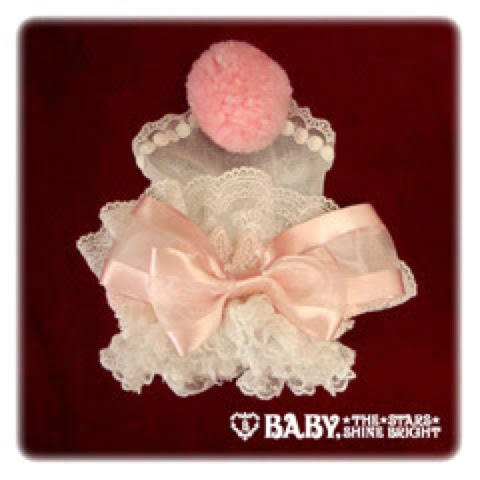 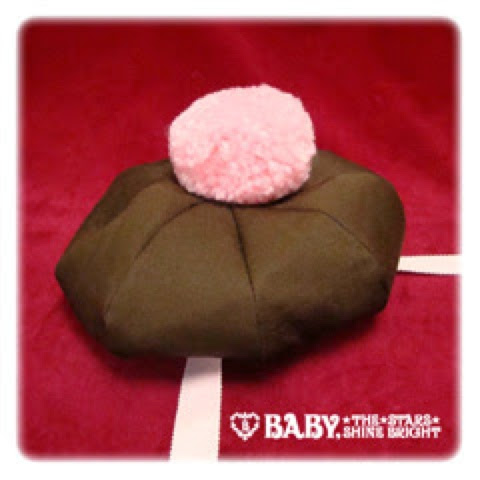 I know that there are tons of Lolitas who love these things and would totally wear them but I simply don't think I could...

If you want to see what others have weighed in on this topic for the Lolita Blog Carnival you can check the list here: 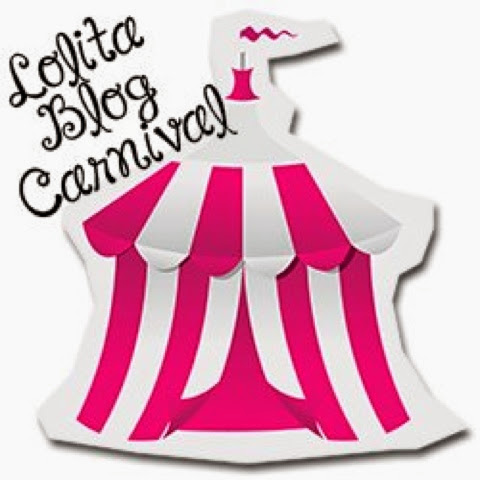 Posted by Madeline Hatter at 6:21 PM No comments:

LBC: A Coord Inspired By An Obscure Fairy Tale

I was a little late in several posts that I really wanted to catch up with a few of them.

This past weekends Lolita Blog Carnival was for an obscure fairy tale, I dug deep and choose two that I found amusing and fun, and I did decide to do a two part post. (mainly because that's how plyvore decided to work and then because the stories were good and sharing a little would be tedious in one full post)

The first that I'm posting to the Lolita Blog Carnival is the tale of Tatterhood. Now at first glance you may think that it's some sort of variation of Little Red Riding Hood but it is definitely different and a lot more bad ass (this little princess beats up trolls!)

The story goes that a Queen who wanted children was told by a wise old woman she will find two roses under her bed, one shriveled and ugly and one beautiful, she was told to eat the pretty one. But obviously people never seem to listen to well to wise people and she decided to eat both thinking it will make it more powerful a spell. She 9 months later gave birth to a very ugly little girl holding a spoon and riding a goat (not strange in the fairy tale world at all) and she tells her mother that her twin sister would be much prettier so she shouldn't worry (yeah and the baby talks!). So the Queen gave birth next to a beautiful little girl too and they all lived happily til the girls were older and trolls attacked.

So Tatterhood tells everyone to hide in the castle and protect her twin and she totally beats up the trolls with her little spoon will still riding the goat. Her twin, concerned for her sister Tatterhood, puts her head out the window to check on her and gets her head loped off and switched with that of a calfs head (but this is a fairy tale and the twin sister is not dead).

Long story short Tatterhood gets mad at her family for not protecting her sister and goes back to troll island and beats them all up to take back her sister's head and save the day and they do all live happily ever after, after she reattached her sister's head.

There is more but you'll really like to read in detail for the story, it is a fun read.

So to coord for our hero Tatterhood I tried to stay in with the description for her. Though she was loved by her parents and sister and a princess in her own right she was written very spunky.

She was said to insist on wearing tattered clothing (hence her name sake), and messy hair, and never caring to wash her face, which was disfigured.

I choose a mask because of her description, that and her appearance was not what it seemed to be at all (read the story!). For jewelry I went with a golden spoon necklace, a goat coat of arms ring, and a few other gilded pieces that reflect her status as a royal, including a little gold circlet. The dress is Moi Meme. Moitie and the only brand piece but to add to it a little I added an underskirt.

Well, I'll leave you off on this note with Tatterhood, read the story it really is fun!

And if you liked this one check out my part two of The Princess And The Chest, that is another interesting twisted tail.

Also don't forget to check out the other Lolita Blog Carnival posts here: 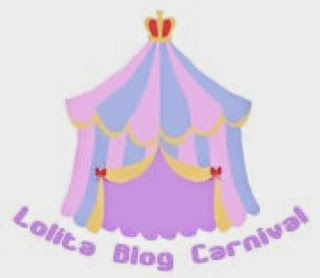 Fawn and the Frills

Posted by Madeline Hatter at 2:22 PM No comments:

The Princess And The Chest coord

Flower crown headband
etsy.com
Posted by Madeline Hatter at 9:46 AM No comments:

Posted by Madeline Hatter at 1:28 PM No comments: