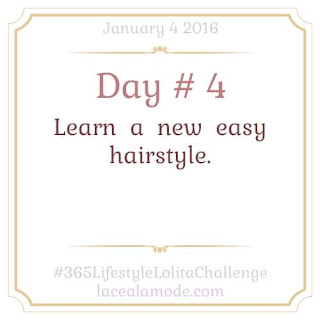 This one is a little tougher for me at the moment because I recently chopped off a good amount but I gave it a try. 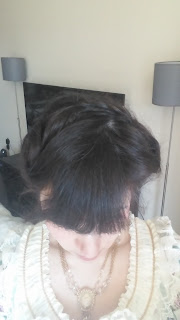 I've never done a french braid across the top of my head like this and was honestly not sure if I could have done much more with the length but I gave it a go. 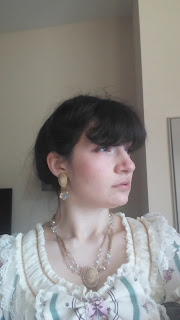 It's a little difficult to see but I did little victory curls to frame my face and cover the beginning and end of the braid. I also brought up the leftover hair because I didn't think about it until after the day was done. It's similar to my other usual hairstyle but it reminds me that I should try other styles every now and then.

I did actually get out after trying this hairstyle today though it was very windy. I had initially planned a trip to the museum and run errands so it just all worked out that way and I think it looked good with this particular coord, which I also added one of my favorite hats, but it all worked out for today.

Posted by Madeline Hatter at 8:16 PM