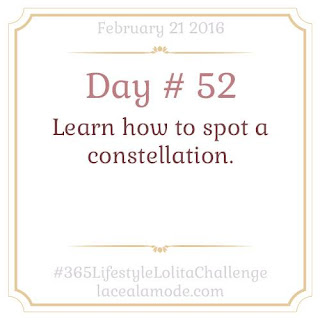 I miss looking up and being able to look at the stars since moving here. Where I lived before in RI wasn't the best for stargazing, not really, but at my parents house it was decent enough to see a sky full of stars. I could identify a few easily enough because I would look up at them enough growing up, having enough fascination with them to even learn their names. Here it's totally different and twice as difficult and it's kind of sad.

There is at least one relief from that, thankfully, the air and space museum! I feel like I rely heavily on the Smithsonian since I've moved, going there every other week. One of the recent meets was actually to the that same museum and we saw one of their shows about space and dark matter and it was just so cool to sit in that huge room and stare up and see all those stars again. The meet was really fun and the people who came were fun to be with too.

This particular post involves learning how to spot a constellation and honestly the easiest trick to it, and you will hear it often when learning to spot constellations (at least I did anyway), is to find the North Star, or the Little Dipper. 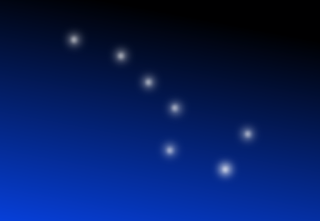 The night sky revolves around this little guy, not at the handle tip but at the bottom corner of the ladle looking part that is further from the handle, that is the brightest star in the night sky. For centuries, people of many different cultures all around the world have identified it as so but have called it by many names and have used it for guidance. I find it the best guidance navigating the stars.

Posted by Madeline Hatter at 9:46 PM