LBC: What Made Certain Prints Like Iron Gate & Cat's Tea Party So Popular

Throughout this particular fashion there are certain trends that are seemingly universal and unique that every frilled out rufflebutt can understand, certain dresses are highly recognized and sought out. And though, due to this fashion's highly networked community, this can be argued that many of the dresses are greatly coveted due to their style, cut, color, and sometimes highly identifiably print, there are a few that seems to take the figurative and sometimes literal cake. This week for the Lolita Blog Carnival participants will take a glimpse at some of these iconic prints and what has made them so.


In the earlier stages of this fashions reaches into the western world we'd often get glimpses of certain releases in what ever variation of the Gothic Lolita Bible we could get a hold of, whether the original Japanese or the English version. Though filled with beautiful imagery promoting the princess lifestyle and places to visit and meets the mooks would also be full of such wonderful eye catching spreads for different brands. Some releases would have flat lays of their garments with item descriptions while others would have full pages with models posing delicately in them, all would have the brands webshop somewhere tagged in it's proper place beneath the brand name. I think that these pages with certain releases did pull at our heartstrings for certain pieces.


Part of why I feel like certain prints are still such a huge deal and can sometimes still be seen selling for far more than their initial retail price is due to the community's perception of other's styling with the piece. Because this fashion is so close-knit and have always shared their stories and photos on several social platforms, starting in the early days with the likes of Livejournal, many frillies were able to enjoy looking at what others put together for coordinates. Sometimes these were done in simple snaps of what people would wear for meet ups, however there were instances where people were inspired by the clothing choices and would create elaborate photoshoots which would catch many people's attention.


This would be difficult for many to deal with for several reasons and all relating to the actual brands that released these pieces. By the time that these intricate photoshoots by both popular Lolita and sometimes actual Japanese models were done and shared all pieces will have already been released and, in more recent times, sold out of on site. This isn't even covering the difficulty of acquiring a suddenly coveted piece from when shopping from Japan could only be done with a shopping service, as in the early days most brands would not sell out of the country. To me, this is one of the reasons certain inaccessible pieces become so popular and are often times still able to go for a greater sum then what they originally went for.


Though, at this time, I feel that the second hand market and even brand shops sales have slumped with the availability of more options from shops on taobao sites certain prints like these do still tend to pop up for astronomical prices. Angelic Pretty's Cat's Tea Party has popped up very recently for no less than $1000 and there are also other dresses, not mentioned above but were also considered highly popular for it's style and print, like Fragrant Rose Memories that also sold for just as much about 3 weeks ago.

I think at this point I'm really just rambling on so I think I should cut out now. I do think for a few of the top tier dresses almost everyone in the fashion recognizes as grail dress status - I'm not saying everyone likes it but everyone one knows they go for crazy amounts second hand - do catch that popularity because of the way brands market them and the way that other community members wear and photograph them. I don't know if this trend will continue in the future with how the second hand market is going but with a few the pricing trend doesn't seem to ebb one bit.

If you want to see what others have written about this topic you can check them out in the links below. 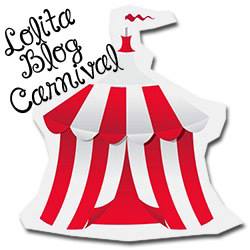