LBC: What My Family Thinks Of Lolita

I know I've done a few post about this before but today I will make it easier this week.

My youngest brother says I look cool but he also thinks I look normal.

My mom likes my more classic and gothic attire but she says I wouldn't be me if I didn't wear whatever I wanted.

My older sister is a bit uncomfortable with it and thinks I only started wearing Lolita because I didn't want to deal with the world. I may not want to deal with the world sometimes but I try to face reality head on and do what I have to do and live how I like. I'm a responsible adult and know when it's okay to be the ridiculousness that is me and when I have to be serious.

My fiancées family is a mixed group. I don't think they care. Maybe his mother does, but I don't go out parading in lolita with them.

His sister loves it and always wants to see what I have either in my sewing projects or new.

As for his niece and my nephew.

My nephew thinks it's weird when I dress in civvies and asks what's wrong and where'd my clothes go. And on top of that he's always trying to wear them and run around thinking it's fun and hilarious.

His niece is very similar but she wants to make them and wear them. She loves the fashion and always tries to get into my closet to try on different things putting together a new outfit for herself. Recently, she has been given permission to take sewing lessons from me and we started making her first pair of bloomers, she's super excited.

My fiancé supports me in my love of lolita. He's bought me a few pieces for my birthday and Christmas and recently has gone out with me once in my frills. I think this is a wonderful step for us because I know it does make him a tad uncomfortable due to the fact that he is super conservative but it does make me feel great knowing he is that supportive. Inever wanted to force him into ever going out with me in loli but one day he offered to take my friend and I out to dinner at one of our favorite restaurants and she was already head~to~toe frills. He wasn't going to ask her to change and I was already dressed frilly as well and before I could ask if he would lie me to change he was already set to go and at the door.

Posted by Madeline Hatter at 11:41 PM No comments:

LBC: How I Got Into Lolita Fashion

I've written about this before but I get so excited thinking about it it makes me feel like I'm discovering Lolita all over again. To some this may not be so great or defining, I'm certain others have a better story, but for me it changed my life. 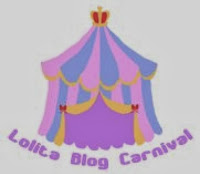 I was actually working on the show A Midsummer Night's Dream with a theatre company I had been working with directing shows when I stumbled onto all that frill. I had wanted a very particular twist on my fairies and though I wanted to use hints in my costumes of fairy imagery and lore I wanted Oberon to be so different and sharp that you couldn't take your eyes off of him the instance he hit the stage. I had known about 80s hair bands and wanted something similar but even more captivating with some make up as well, which though prevalent in the 80s it just wasn't quite everything I was looking for.

It was then that I stumbled on the images of Gackt and Mana and all that was visual-kei and found something of what I was looking for, however, I also stumbled upon what was brought with that. 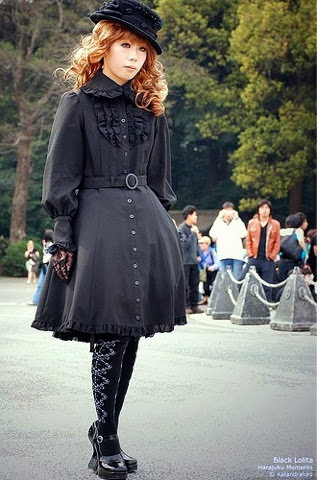 This was the first picture I remember clicking on and my first full glimpse of Lolita fashion.

I felt exactly as Momoko describes in Kamakaze Girls, as though I had been shot and that was the end of that.

I looked everywhere, scored the Internet, trying to find exactly how to get my own, buying books that I found with the fashion plastered on the front, only to become distraught that most of it was only in Japan. The English GLBs hadn't even really come out yet and it was something I was afraid I could only dream about, but I wasn't prepared to admit defeat.

I borrowed one of my mom's sewing machines and found some extra black fabric laying around the house and whatever pattern looked close enough to what was in the same silhouette of the dresses I had been chasing after for months. Admittedly, I had not a clue about good or bad lace or what I was going to use as a blouse but it came out okay, avoiding really bad lace, and I still have the jsk in my wardrobe.

I knew once I had made one I couldn't stop there and tried making a few more things without much gratification knowing it wasn't what I had considered at the time as "the real deal" so I kept looking. Every once in a while I would forget and get absorbed in something I was working on but every instance I looked on the computer the need to find some of the frillyness would come back to haunt me until I found a way to buy my very first two brand dresses.

I snagged them off eBay, in perfect condition, an Innocent World jsk and a Baby tartan jsk, both of which I still have. Now, I know I'm saying I got them off eBay, to my luck they were both well taken care of, one from Japan and the other from California, both were reasonably priced and I wasn't scammed out of anything. I think I really lucked out despite my naïveté at the time.

Shortly after all this I discovered the EGL communities on LJ and my world drastically expanded from there.

I remember they both came in, one while I was at home while the other while I was at rehearsal. I could not believe my eyes when I threw them on and danced around like a fool in front of family and cast members who had no clue what was going one. I was simply too excited for words and I still find that simple joy from obtaining a new dress. 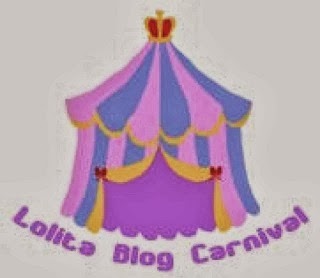 So that's it for now, here are a few other Loli's with their stories on how they got into Lolita, which you may appreciate as well, check them out.