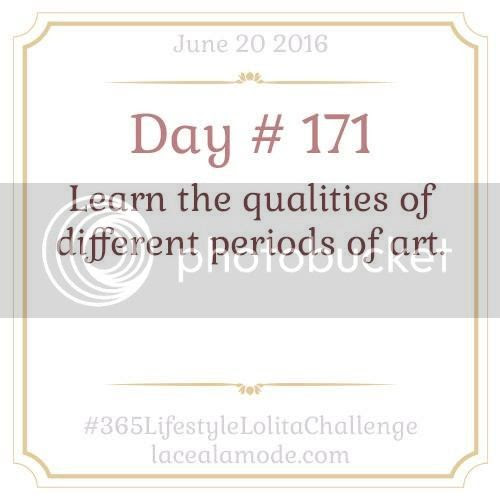 If there is one thing we've established throughout this challenge, and probably a few others I may have forgotten, is that I have never really learned much about art (how my artist mother hasn't disowned me is beyond me). What I do know is music and that gave me a place to start as weird as that sounds because it breaks composers and musical composition styles into eras and I thought art may do the same, which it does! This is particularly helpful when trying to learn the differences in styles and qualities that make up different periods of art; there is Medieval, Renaissance, Romanticism, and Modern. Music eras are similarly formatted, it seems to have larger chunks rather then micro~segments, so I'm going to focus on my learning on the ones that I can relate to through music.

So Baroque is one and artists tried to make a large impact with it's style to make it drastically different from it's predecessor, the Renaissance era. Artists would incorporate striking primary colors throughout their works, often times painting them in close proximity to each other and abandoned the idea of even lighting and shading making strong contrasts. Flowing garments were used to help make the scene come to life to help show not only the movement but the emotion and drama, behind the scene it held a message for the viewer.

Romanticism was another era that shares a timeline I can pinpoint, in art it refocused with gusto on landscapes and every country had a different school of thought on how it would look. And, no matter what part of the world it came from, there would be some that would have a sort of mystical influence within the artwork that would vary from subtle to fervent.

I feel as though I've only hit on the tip of the iceberg with these smaller offshoots of the eras though I do find it more fascinating then I did before starting my search today. There is certainly so much that goes on in the world of the arts that one simply can't explain it in a few sentences each. I at the very least hope it's caused you to become just a tad bit curious though. 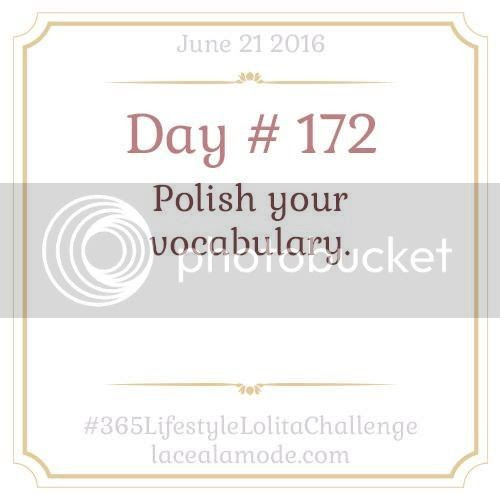 Today has certainly been a day of many words for me, some I'm only just adding to my vocab while others I wish to reapply my brain to use them. There are so many fun words in the English language that it seems a shame not to try and use them more. 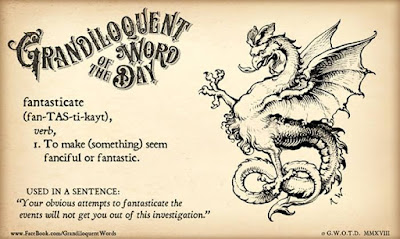 I really wish I used this word more as it is fun and fanciful, not only that but I feel one must sort of fantasticate life a bit when wearing Lolita fashion. Other words that I've been thinking of working in are retrouvelle, sirenize, polrumtious, ishkabibile, and learn the hilarious word for doing something inadvisable cacoethes. I am definitely writing that last one down in my notebook. 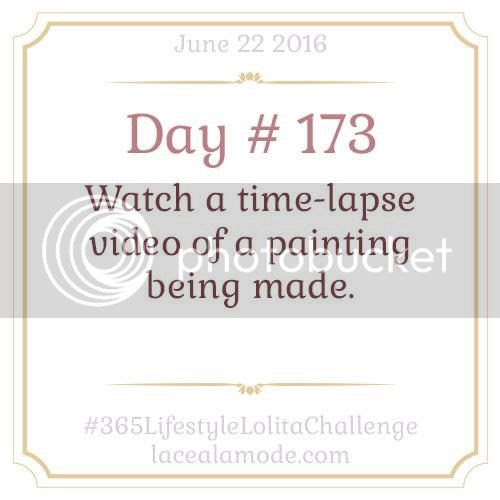 I am hitting the nail on the head today with all of the spooky vibes! Today, as well as the last few days, have been a little rainy, a little dreary, and perfect for tucking in with a good spooky read or movie. This particular prompt somehow managed to drop this into my lap. The artist took inspiration for this painting from Elizabeth Nadasdy-Bathory, the blood countess, and another little layer of inspiration to Brahm Stoker for Dracula. Born a noble in the mid 1500s in Hungary, a distant cousin to Vlad Tepes, and thought to be a great beauty of her time. She was obsessed with being beautiful and remaining so and she had very sadistic tendencies that rivaled any serial killer as she was believed to have tortured then murdered 650 women under her charge, to drain their blood and bathe in it.

She was only caught when too many lower class noble's daughters began to go missing, but due to Elizabeth's status she was never put to trial though her closest servants who were her happily aided her were. Her cohorts were put on trial and sentenced accordingly but Elizabeth fate was quite different. Instead of the death she would have surely gotten were she not a noble she was imprisoned within her castle's tower room, bricked in alive until her final day. I have studied this women extensively throughout my life and find her both terrifying and intriguing so when I stumbled on this timelapse video I felt it couldn't be a more perfect choice to share, especially with a day like today. 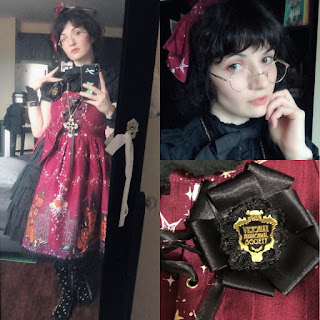 So...I definitely went a little loopy on that last one....I'm sorry I shared some of my favorite creepy studies through a prompt?....Okay I'll just go now, I'm going to toss back this last cup of tea and be on my merry way. Cheers! XOXO

Posted by Madeline Hatter at 10:48 PM