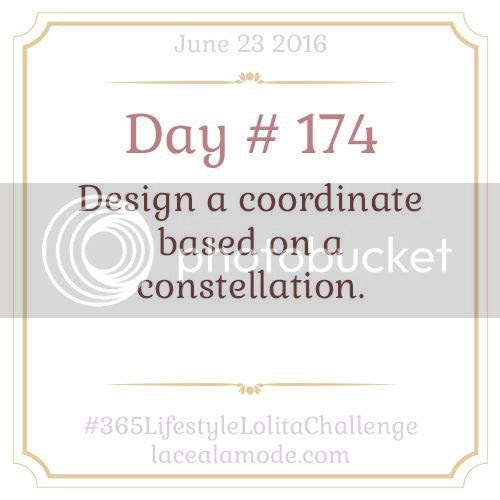 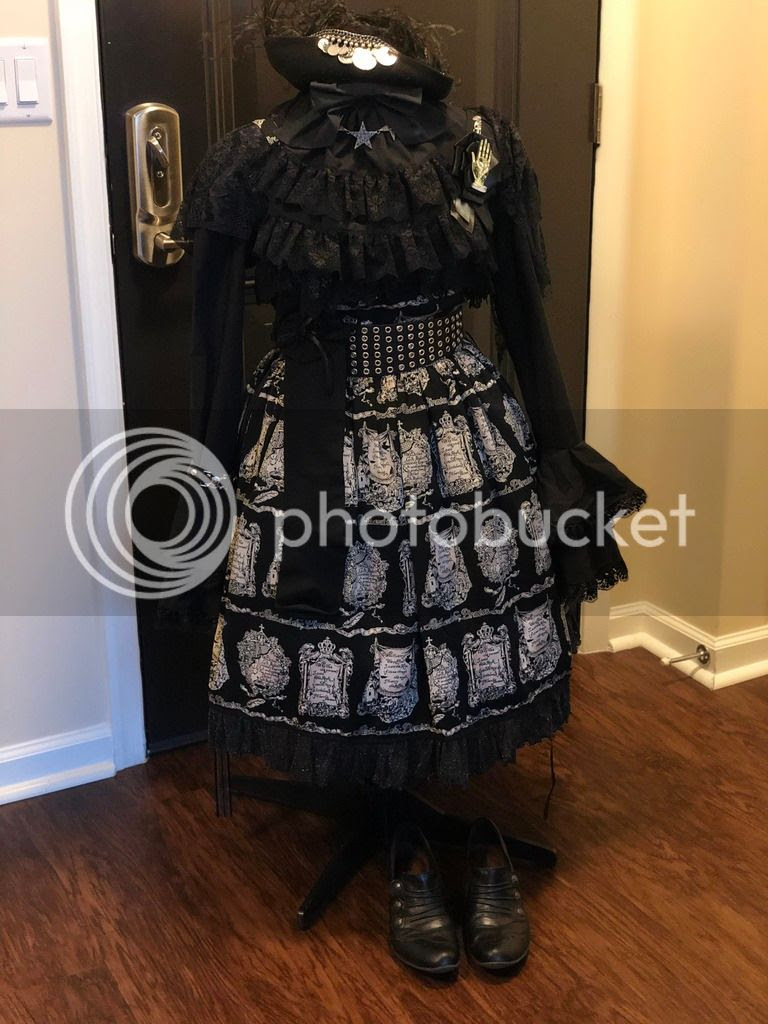 So I decided that I wanted to go with a constellation that is not often thought about when they think of the night sky. I've already done a few different constellation coordinates (badum chi) in the past and decided to go with one I've not done before, Corvus, the constellation formerly called the Raven in Babylonian times. Ravens are seen as symbols of death and marked the gate to the underworld by many. The belief did exist that souls of the dead would be brought on the backs of Ravens, ferrying spirits over to the underworld.

I tried to give it a winged look with the bell sleeves and an added layer of ruffles to the shoulders, the ruffled collar adding to the look like a ruffled feathered bust of a bird. As there is still a future in death in the afterlife in mythology and religion I decided to add the Sweet Mildred fortune teller rosette to the mix and an edge with the studded belt and cross-bones bracelet above the sleeve's bell. Since ravens love shiny things I added a necklace of coins to the top of the hat and a black star necklace to wear under the neckbow. I'm not sure how anyone feels about this coord but I kind of dig it and will be interested to see it when actually worn. 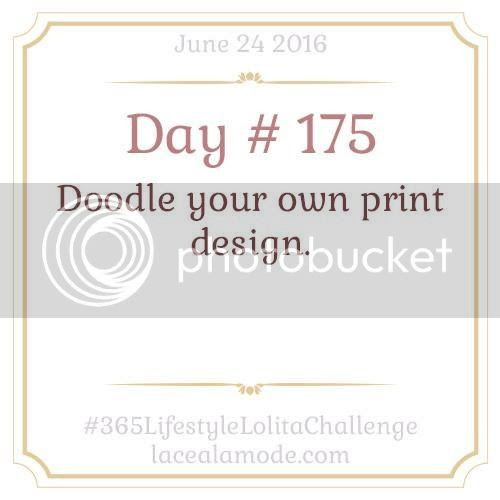 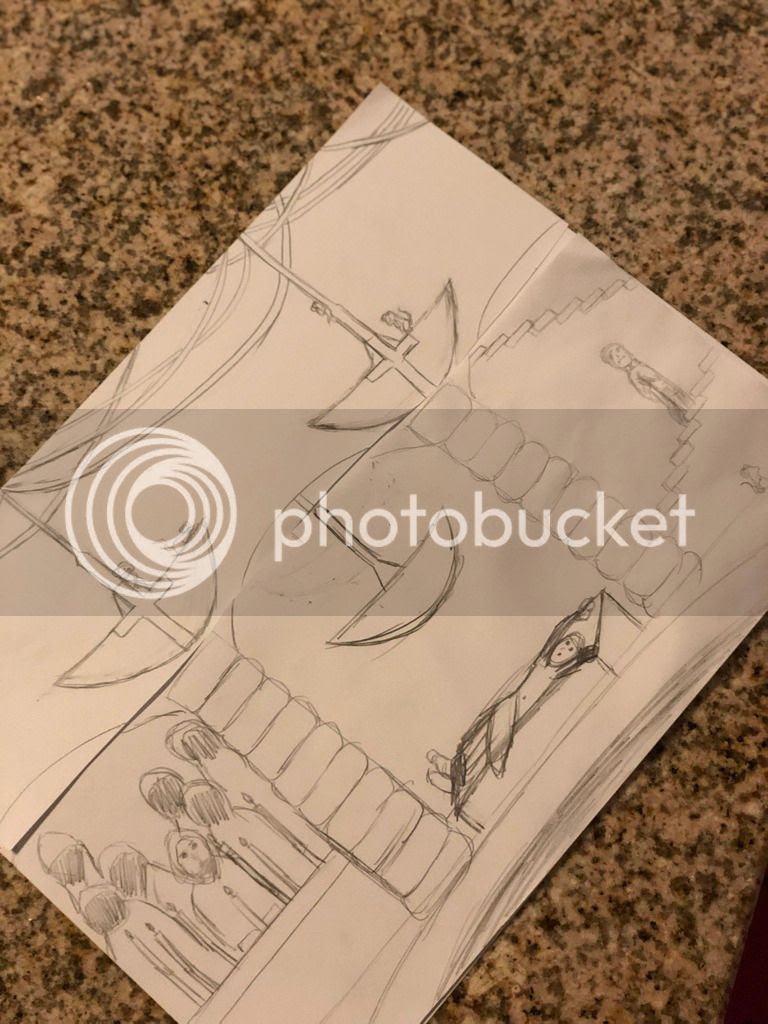 Dear 365 Lolita Lifestyle Challenge, this is messing with my method!!! But not in a negative way, truly. Since doing my first print I have sort of developed a method in which I develop my prints. The way it works is I focus on one, doodling it out on paper by hand and then redo the entire thing in Photoshop, all while listening to scary story narrations or music. I don't like ideas to interfere with each other, writing out details on little notes when other ideas pop up, and I already have one on deck that I am fighting with drawing out the people in it for. The other one I did for an earlier challenge with a name generated print, posted here, happened to coincidentally floating around in the back of my brain for a while. It only speeds up the process for other things and gets logged for later.

Wracking my brain over which one to do next I finally was struck with the inspiration to draw out one of my first ideas to turn into a print, Edgar Allan Poe's The Pit and the Pendulum. I have a special affinity for Poe, as many of you have probably figured, and while looking I felt instead of something delicate I should go back to the darker side of my brain. 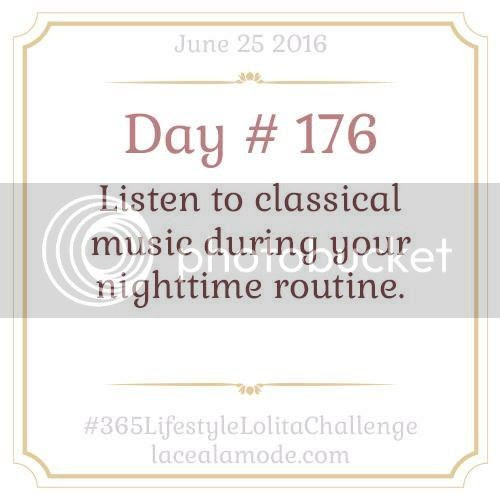 'Tis been a long few days and I feel as though I haven't had a good nights rest in quite some time. I've already made a que of several classical music pieces to help lull me into a relaxed state tonight, creating it this morning when I wasn't yet running around like a nut. During my nightly routine, after flossing and brushing my teeth, I go through all the steps I do washing and moisturizing my face and figured it'd be best to start the music then. After all that, my next course of action is to actually read a bit before calling it a night (fun fact: I usually read mystery or horror before bed and have never actually read a romance before). Should the music stop before I drop I'll just select a few more before I'm off to the land of nod.

Here's some Debussy to start you off if you're thinking of doing the same thing:

Really I have nothing to say about the last few days except that I am sorry for my little odd art faces that look like typed out emojis, though I do think my potato rats are cute, and that so far listening to classical music is something I recommend doing before bed if you already don't. (I do but I never thought to start it while I washed my face)

Anywho, I am off to bed and if you are in this general area of the world I suggest you get going too. Cheers! XOXO

Posted by Madeline Hatter at 10:56 PM