LBC: Why Do You Think Photoshoots Have Been So Big In Lolita Fashion

Throughout the history of this lolita there is one facet that has been prominent, without many people really thinking about it. It's a strange habit that doesn't usually appear in other fashion styles outside of zines, advertisement, and groups (at least from what I've witnessed).  It's more than just a simple fashion, even if you think it's just clothing to wear, as it has little social trends all through out. So for this week's Lolita Blog Carnival we are sharing why we think photoshoots have been such a large part of the fashion. 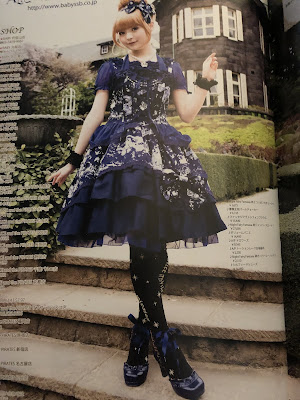 Mooks and magazines, even photobooks, have impacted the fashion in many ways. They've shown us what other people like us have done as well as designers and stylists. Each little photo share things that someone thought neat or cute and gave ideas of things to try. Photos similar to street snaps are one style that some people try doing with their coord shots out. Location and studio type shots have pushed those who like to plan or want to have a different effect with their spread. Each style has it's own charm to different people in the fashion, it's not always about the actual garment the model/wearer was donning.

<3 The First Photoshoots On EGL Livejournal <3

Back in the days of EGL there were a smattering of little photoshoots that people would make out, occurring during meets. They were sometimes more candid or activity based, from what I had seen around when I lurked, with not much planning but looked fun. Later people started to step up their game, I feel like it was around when someone did a more coordinated Iron Gate photoshoot and there started to be more single shoots then ones of meet ups. 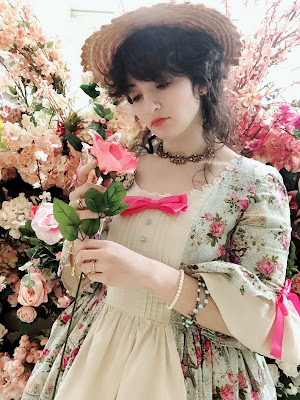 There is one thing that is simply true, doing photoshoots are fun for many. They can be small, like going into a craft supply store and posing in front of the fake flowers, or large, where you hire a photographer, but they all tend to be a lot of fun. It allows wearers of the fashion to be creative and put something together that they think would be pretty or interesting. I think that's a good enough reason and there is nothing wrong with any of that.It's true, they can be stressful at times or intense, if you are not accustomed to doing them or are uncertain of what you want and have little time.


In the end I think it's been really good to have going on in the community, they are nice to see. Sometimes you get to see someone be super creative with their surroundings and not just how they coord their clothing. Because of all of these things is why I think the trend of photoshoots have been so big and stuck.

If you are looking to read about what others' have written on the subject check them out in the links below. You can also join in on the fun with the Lolita Blog Carnival, picking weekly topics or sharing ones you think would be enjoyable to do as a group. 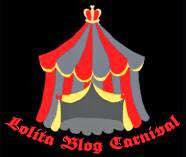 Posted by Madeline Hatter at 6:36 PM